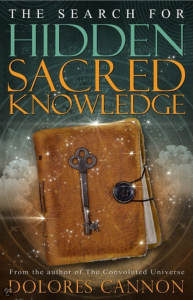 In my books Keepers of the Garden and The Custodians the story was told of how the extraterrestrials developed life on Earth. It all took an inconceivable amount of time as life was established and began to flourish. As the species grew and began to develop intelligence then the ETs lived among them for many, many years because they didn’t die until they wanted to. Thus these beings were treated as gods and goddesses and legends were born. Because they knew they would eventually leave and return to their homes they tried to pass the knowledge on to specific beings that they thought were capable of carrying it on. They also interbred with the natives to produce those who would have some of the ET abilities and be able to help the people after they left.

The knowledge and abilities continues to be passed down over centuries through several generations of selected people. These were initiates. This was the beginning of the secret Mystery Schools where some were chosen to learn and practice the various techniques. As time went on they secluded themselves in temples and centers where they were isolated from the general populace. The knowledge had to be safeguarded and protected. They knew that it must not die.

Down through countless centuries this knowledge was protected and shared only with the chosen few. Wars have been faught and terrible injustices have been committed in attempts to gain access to this knowledge. Those with the knowledge often died rather than let it fall into the wrong hands. Now it is no longer reserved strictly for oracles in temples, hermits in caves or wise men cloistered in hidden schools. It is returning to our time and is now available for all to learn. This is because the veil is thinning; we are experiencing an awakening as we move into the New Earth. Our vibrations and frequencies are being raised so we will be able to understand these ancient mysteries. They are being returned to our time and are available for anyone to use..